Our unparalleled link between Wales and North America 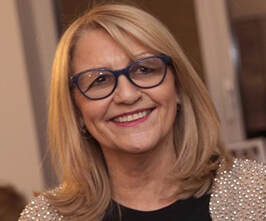 Catrin Brace
Catrin Brace is well known for her presence at NAFOW over the years and through her interactions with North American Welsh organizations. Following the historic waves of Welsh Diasporas the burden for promoting and conserving Welsh identity in North America has fallen on individuals such as Catrin. She is an enthusiast of and champion for all things Welsh in the world. She has never faltered in her promotion of Wales wherever she is and in whatever way she can.

We value and honor her because she has always gone above and beyond in promoting business, trade and the arts for Wales and the Welsh. Beyond that we respect and love her because she has truly brought the very heart of what it means to be Welsh with her into our community of friends.

Born in Aberystwyth, Catrin grew up in the Vale of Glamorgan where she attended Bridgend Girls’ Grammar School and then graduated with honors in Welsh from Bangor University where she was recognized as the alumna of the Year in 2013.  She then went to France to do post-graduate studies at Poitiers University and subsequently spent three years in France running an antiques business. On her return to Wales she worked at St. Fagan’s Folk Museum before becoming a Marketing Officer with the Wales Tourist Board. Being fluent in French, she specialized in the French and Benelux markets.

She came to North America in 2002 as project manager for the Welsh Development Agency’s office in New York before transferring to the Welsh Government to represent the Office of the First Minister in North America. Based on her vision and leadership to promote Wales and its unique talents and resources she established partnerships with literally hundreds of organizations in Wales and North America. This resulted in a transformative elevation of the recognition of Wales as a nation in North America. Wales was put on the map for many highlighting diverse areas including business, food, the arts and the media.

Why has she been so successful in all that she has done and achieved? It begins with her eloquence, infectious enthusiasm and deep understanding of the balance between the nostalgia for the Welsh emigration to North America over the years with the face of Wales as it is today as a modern, innovative, forward looking nation. Then there is that endearing quality of Catrin’s that she makes it so easy for a stranger to become her friend.

Catrin has recently retired from her position as Head of Marketing and Public Relations for the Welsh Government in North America. Her  accomplishments are extensive and you are referred to the more extensive pages of Ninnau and elsewhere for an account of some of these. As important and extensive Catrin’s contributions are she is most treasured as a friend to many people.

NAWF Board member Gerri Baker Parry  first worked with her at NAFOW fifteen years ago to create the Welsh Cinema program bringing Welsh films to the Festival.

She is now much more than a colleague, she is a dear friend," says Gerri.  "I’ve had the pleasure of traveling with her and seen firsthand how her pride and passion for promoting Wales and Welsh identity comes through, whether interacting with interpreters at a Frank Lloyd Wright heritage site or with interesting people you meet along the way. The creative ideas that can spring from her during a single 100 mile road trip would be enough to keep a whole team of people busy for some time. Her enthusiasm, energy and professionalism have resulted in a broader awareness of Wales as a country and what it has to offer, both in the general public and the media. In the past 15 years we have witnessed a significant and sustained positive impact on relations between Wales and North America.”