Promoter of Welsh music and culture 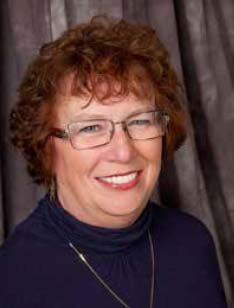 Beth Landmesser
At the Grand Banquet at NAFOW 2012 in Scranton, PA, NWAF will present the Heritage Medallion to Beth Landmesser, Venue Chair for the 2012 North American Festival of Wales, who retired from the WNAA Board of Trustees in 2011.

Beth became involved with the American/Welsh community in 1990 when she attended Welsh Heritage Week (WHW) in Wilkes-Barre, PA. She was captivated by the sound of the language, the wonderful music, the folk dancing, and the poetry. She continued to attend WHW and in 1999 was elected Executive Director, a post she still holds. In this position she organizes and manages this week-long course, which is held each year in different locations around the country and in Wales, where participants delve into all aspects of Welsh language and performing arts.

In 1993, Beth was Vice-Chair for the National Gymanfa Ganu in Wilkes-Barre, PA that attracted 2,000-plus attendees and Welsh presenters to the community. With Stephanie Griffith, Beth has organized and guided three Celtic Legends tours to Wales for story-tellers, photographers and genealogists interested in their Welsh heritage. In 2005, she was elected to the Board of Trustees of WNGGA, now WNAA. During her tenure, she served as the Program Chair for the NAFOW in Washington, DC; Chicago, IL; Pittsburgh, PA; Portland, OR; Cleveland, OH; and now Venue Chair for Scranton, PA.

Beth has traveled extensively as a chorister in Côr Cymry Gogledd America since its beginning in 1998, performing in the US, Wales, Canada, Argentina and New Zealand. She has been a member of the Plymouth Cambrian Society for many years often presenting programs that involve her trips to Wales and other Welsh speaking communities. For the past 3 years, Beth and her daughter, Megan, have been running a Welsh language class with the help of the Rosetta Stone computer program.

Daughter of the late Elsie M. & Ralph J. Deobold, Jr., Beth lives with her husband, Bill, at Indian Lake, near Wilkes-Barre. They have four children and four grandchildren. In 2007, Beth was awarded a degree in Photography from Luzerne County Community College.