Will Rhys, Artistic Director Theatre of the Deaf 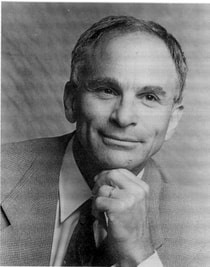 Will Rhys
Will Rhys is a Founding member (speaking actor) of The National Theatre of the Deaf (NTD).  He joined NTD while still a student at Wesleyan University. He has been associated with the NTD for the major portion of its thirty-two years; he appeared in all productions during the NTD's first four years and has directed: The Odyssey (twice); Farewell, My Lovely!, Ophelia; The Dybbuk; A Child's Christmas in Wales  and The  Spinning  Man.  Several years ago, when the NTD presented Dylan Thomas' Under Milk Wood, Will wrote a first act about Thomas' life and work called The Spinning Man. He also appeared in that production, as Thomas himself. At that time, he told his colleagues about his Welsh heritage with great pride. For an opening night gift, he was presented with a tie with the Welsh flag, and something else with leeks, which he wears whenever there is an important event. He was appointed Artistic Director in May 1993.

Born January 7, 1945 in New York City: William Elliott Rees, Jr. (his great grandfather changed the name from Rhys to Rees when emigrating from Conway, North Wales in the late 1800s. The story goes that when the immigration officer pronounced the last name "Rise", my great grandfather said: "No, it's pronounced "Rees" and the immigration officer said, "that’s spelled "Riesse".  Great grandfather did not like the way this was going, so he just said:  "No, we will spell it “Rees". With the blessing of his father, he changed it back to “Rhys” when he was in College.

His grandfather, E. Llewellyn Reese was president of the St. David's Society of the State of New York in 1916. He owned a dry-cleaning business in New York City: "Rees and Rees". He invented a dry-cleaning system that made him rich but having no patent on it, he lost all in the Depression. Will's great grandfather's brothers were gold miners in California and ministers in the Church of Wales - especially in upstate New York. Will has a daughter, Whitney Eagle Rhys, living in Cleveland, Ohio, His son, Evan Llewellyn Rhys, died in 1983. Will's brother, Robert Rhys appeared with him on Broadway in 1974 - the play was Tom Stoppard's "Jumpers" - only the third time that brothers appeared together in the same play on Broadway. Will advises that the most famous brothers appearing together on Broadway were the Barrymores.

Will's theatrical background is impressive.  As Resident and Artistic Director of The Cleveland Playhouse, he directed or acted in over forty productions in ten years. He also directed for the Milwaukee Repertory Theatre, The Actor's Company, Porthouse Theatre, The Fairmount Theatre of the Deaf and has served on the faculties of Williams College, The University of Rhode Island, The Hartman Theatre Academy, The National Theatre Institute and Case Western Reserve University.